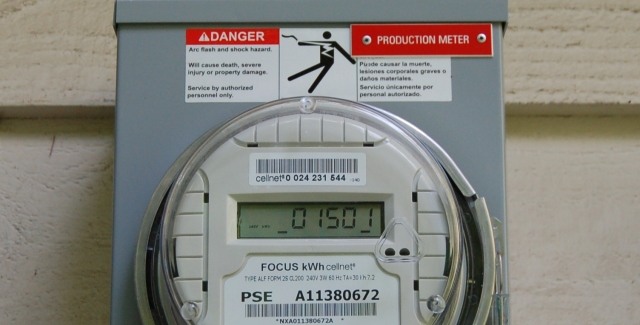 We’ve just hit an electricity production milestone with the solar production meter passing the 1500 kWh mark for 51 days of production. As I’m keeping track in the solar log, we’re currently averaging nearly 30 kWhs a day in production. On nice sunny days, we hit the upper 40’s in production. On a dreary, rainy day it can be as low as 10. I’m pretty happy we are averaging around 30 right now considering the number of cloudy and rainy days. It’s also nice to remember that 1500 kWhs equals $810 in energy production incentives that we’ve already earned (at $0.54 per kWh).

Thirty kWhs/day is especially awesome because we’re actually using less than we are making right now! As the graph from our last energy bill shows, we’ve been averaging 28.2 kWhs of usage each day. Considering that I’ve had a bunch of grow lights, heat mats, and a poultry heat light running during most of this time, it’s pretty good indeed.

So, all in all, great “zero fossil fuel” progress this year so far!