By this point in the growing season, I have a pretty good idea of what my future summer fruit crop will look like. The blossoms are gone and the bees have done their work. Some crops are looking good. Others, not so much. Here’s the June 2009 pollination report. 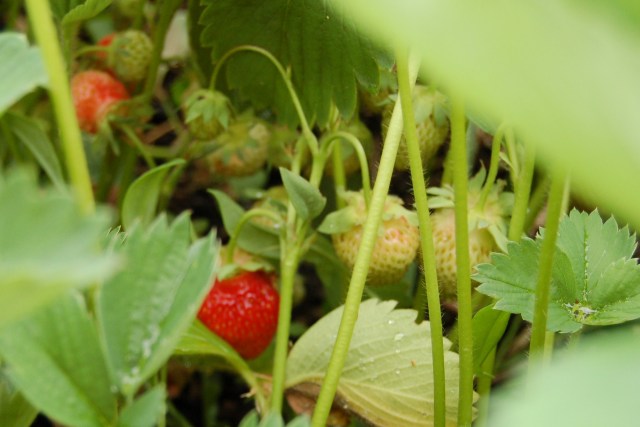 The strawberry bed is full of strawberries this year. In fact, the kids have already started raiding the bed each day.  They will eat every berry they find.  In addition to the large strawberries, we also have quite a few patches of alpine strawberries (red and yellow varieties) and these are ripening now as well.

We planted two new raspberry beds this year.  We bought some new canes but also transplanted some existing canes that we had into the beds.  While nowhere near ripe, you can see that the raspberries are forming nicely.

The blueberry crop is coming along nicely as well.  I have about 10 blueberry bushes in varying stages of maturity.  Two of the bushes are getting pretty large and are heavily loaded with berries this year. 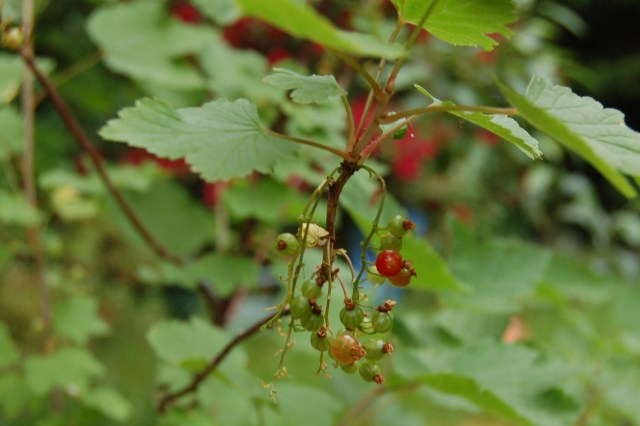 The red currants have been ripening over the last week.  The berries are tart, even when fully ripe, but the kids still love them and keep the bushes picked pretty clean.

Grapes growing over the pergola

The grape vine growing over the pergola is beginning to show fruit.  Hopefully we’ll be able to eat more than we did last year when the birds stole the grapes just as they became fully ripe. 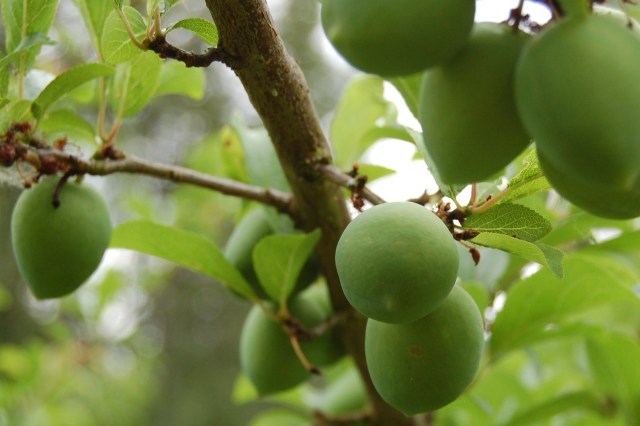 And as usual, the Shiro plum will have a heavy crop.  This is by far the most reliable fruit tree I have growing.

Other fruit trees did not set nearly as much fruit as the Shiro. This isn’t entirely unexpected because a number of the fruit trees in the orchard are only a few years old.  Here’s a rundown of the pollination in the orchard:

Well, that’s about it for the pollination report.  Definitely not the best year, but I do have a number of fruits and berries to look forward to as the summer progresses.