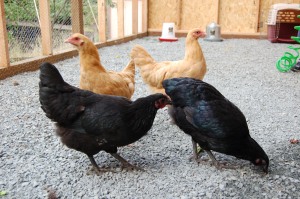 We bought four chickens on Saturday.  Two Australorps and two Buff Orpingtons.  I figured out which breeds to get by using a breed selector tool.  Who knew such a thing existed?  In selecting chickens I was looking for a few things:  1.  Mild temperaments, 2.  Good year-round laying. We purposefully chose pullets, which are essentially teenage hens, because we didn’t want to have to deal with very young chicks that require heat lamps and because we wanted the chickens to begin laying eggs soon.  Pullets are definitely more expensive than chicks, but for novices like us we figured it would be an easier entry into chicken keeping.  I bought the chickens from a nice iPhone-using chicken rancher in Everett who retired from Microsoft.  I found him via Craigslist.  Both BackyardChickens.com and MyPetChicken.com have been useful resources as we figure out how to care for the chickens.

Shots of Harry and Lucy, our goats.  They’ve been happily grazing all summer. In fact, they are looking a bit obese. 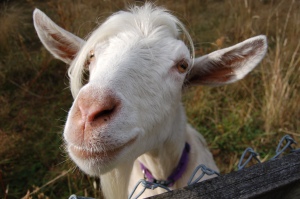 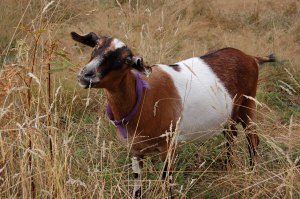 The new passive solar greenhouse, with the sides open, and a shot from inside the greenhouse of our menagerie. 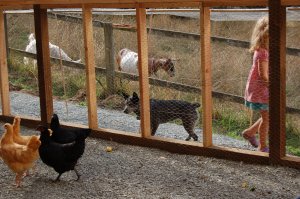 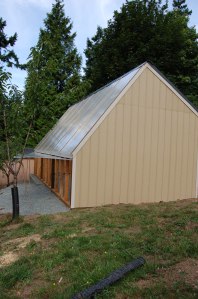 The chickens will be moving into their permanent home, the new coop, on Monday. We’ll post pictures of the coop later this week.